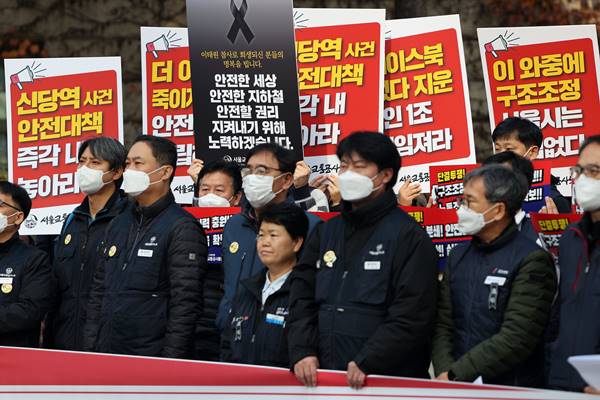 Unionized workers of Seoul’s subway system operator have launched a strike to protest the company’s restructuring plan that calls for layoffs.

The two labor unions of Seoul Metro, which operates subway lines one through eight and part of line nine, began a so-called “work-to-rule” strike at 6:30 a.m. on Thursday.

The law-abiding protest entailing by-the-book maintenance and mechanical checks may cause delays in train intervals, prompting Seoul Metro to announce that it would deploy about one-thousand personnel to reduce any ensuing inconvenience to passengers.

The labor unions are demanding that management withdraw its restructuring and increase the number of workers, warning that they will stage a full-scale strike next Wednesday if their demands are not met.

Meanwhile, the railway union also began a law-abiding protest at 9 a.m. in opposition to the government's plan to privatize railway enterprises and reduce its hiring quota, warning that a general strike will kick off on December 2 if there is no change after Thursday’s protest.
Share
Print
List