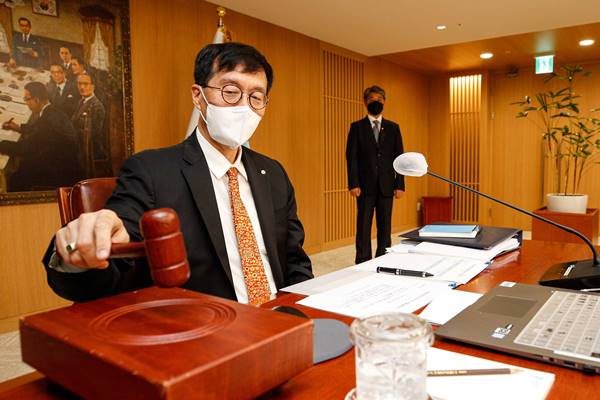 The Bank of Korea(BOK) has raised its benchmark interest rate by 25 basis points to three-point-25 percent in a bid to tame soaring prices.

The central bank increased the key rate by a quarter of a percentage point at its monetary policy meeting on Thursday, implementing six consecutive hikes for the first time.

The BOK appears to have conducted a "baby step" in consideration of various factors such as inflation and the adverse effects of the rising rate on the financial and capital markets as well as a possible slowdown in the pace of U.S. rate hikes.

The central bank raised the key rate by a total of two-point-75 percentage points over a period of 15 months since August of last year in an apparent bid to contain climbing prices.