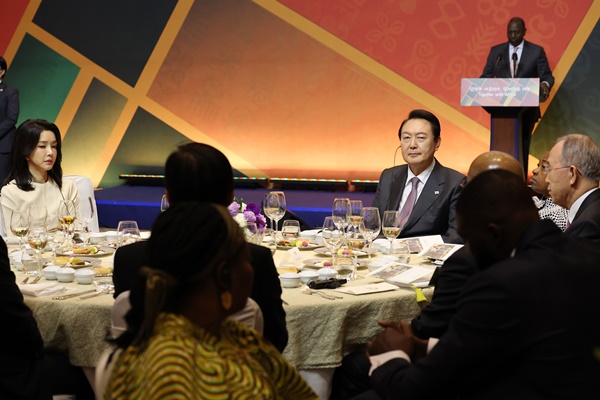 President Yoon Suk Yeol has pledged to pursue a free trade agreement(FTA) with African nations to expand trade and help South Korean firms make investments and inroads into the continent.

Yoon made the pledge on Wednesday during an event held in Seoul attended by some 200 guests, including ambassadors from 31 African countries, as well as President William Ruto of Kenya, the country’s first head of state to visit South Korea in 32 years.

The president noted that African nations only account for one-point-three percent of South Korea’s trade, and said Africa is emerging as a land of new opportunities.

He stated cooperation with Africa is crucial to the government’s efforts to make South Korea a key global country, emphasizing that Seoul hopes to become a true companion in Africa’s growth.

Yoon unveiled plans to hold a special South Korea-Africa summit in 2024 in line with his pledges of such exchanges and cooperation.
Share
Print
List