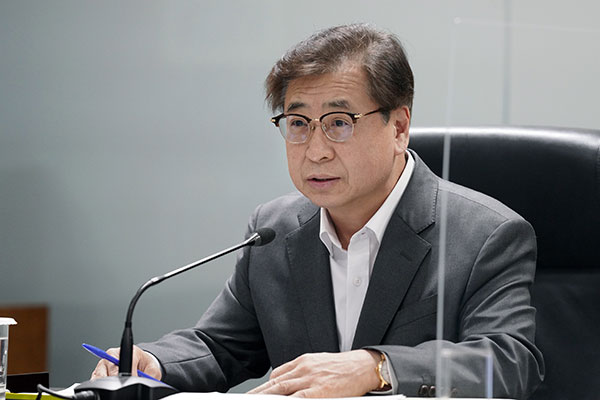 Prosecutors summoned former National Security Advisor Suh Hoon for questioning on Thursday as part of their probe into the 2020 death of a South Korean fisheries official killed by North Korean troops in the West Sea.

Prosecutors believe that during a ministers’ meeting held the day after the death of the official, Lee Dae-jun, on September 23, 2020, Suh hastily concluded that Lee had attempted to defect to the North before being killed.

Prosecutors plan to grill Suh on what led him to make such a conclusion about the fisheries official and whether he was influenced by the upper levels of the Moon Jae-in administration in ordering the deletion of the intelligence.

Suh is expected to flatly deny all the allegations against him.

Prosecutors also plan to soon summon the former head of the National Intelligence Service, Park Jie-won, for questioning in relation to suspicions that he also ordered the spy agency to delete information on the death of the fisheries official.
Share
Print
List