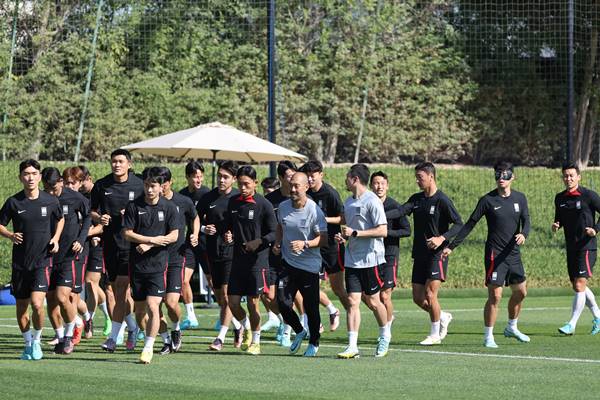 South Korea will face Uruguay in its first group match of the 2022 FIFA World Cup in Qatar on Thursday night, Korea time.

Team Korea is aiming to advance to the Round of 16 for the first time in 12 years, making a victory in Thursday's match crucial if history is any guide, with the team’s previous forays into the knockout stage coming in 2002 and 2010 after winning their openers.

Uruguay, which is 14th in the FIFA rankings, finished third in the South American confederation qualifiers and arrived in Qatar with world-class players such as Luis Suárez, Darwin Núñez and Federico Valverde.

Team Korea will face Ghana in its second group match on Monday and Portugal on Friday of next week.
Share
Print
List