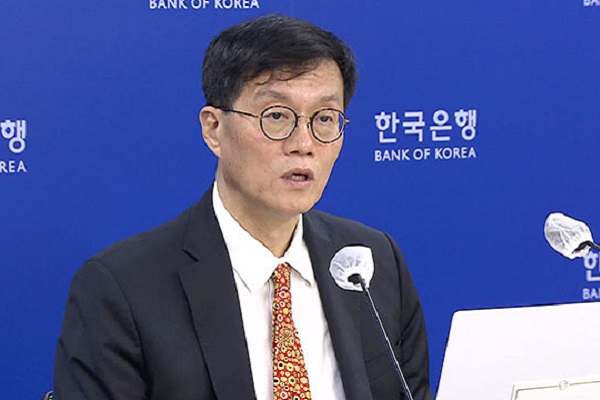 Bank of Korea(BOK) Governor Rhee Chang-yong assessed that Thursday’s 25-basis-point hike, the sixth consecutive increase, pushed the key rate of three-point-25 percent to some extent into the upper bracket of the neutral interest rate.

Rhee told reporters after a meeting of the central bank’s rate-setting monetary policy board Thursday morning that panel members were split on where to end the current rate-hike policy, with opinions ranging from three-point-25 percent to three-point-75 percent.

Asked how long the peak rate may last, Rhee said it would be difficult to set an exact time frame as the board will have to mull on numerous factors, including the U.S. Federal Reserve's rate hike and the stability of domestic inflation.
Share
Print
List