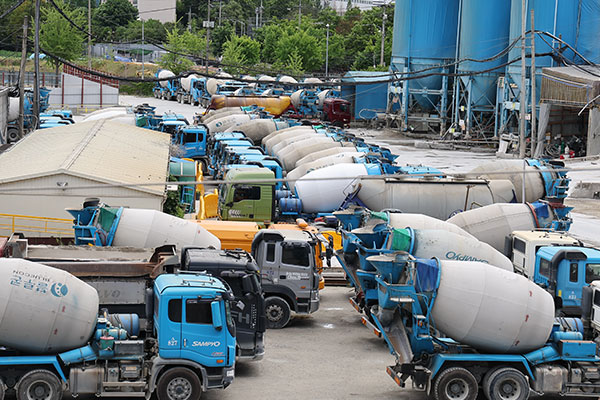 The government has warned that an indefinite general strike by protesting unionized truckers would be met with a strict response in accordance with the law and principle.

In a statement issued to the general public on Thursday, transport minister Won Hee-ryong apologized for the inconvenience caused by the protest at the time of economic hardship, slamming the Cargo Truckers Solidarity Union’s selfish move that lacks legitimacy or cause.

The minister stressed that the government had not made promises regarding the fate of the existing freight rate system or its extended application.

Warning that penalties will be imposed on truckers who refuse to work while those that threaten or disrupt working drivers will face a zero-tolerance response, Won said that the union’s intent to cripple the nation’s logistics may compel the administration to issue an order ending the walkout.

This is the second time the unionized truckers have gone on strike since the previous eight-day walkout in June. They are demanding that the government extend a freight rate system guaranteeing basic wages amid soaring fuel costs that is set to expire by the year's end.
Share
Print
List