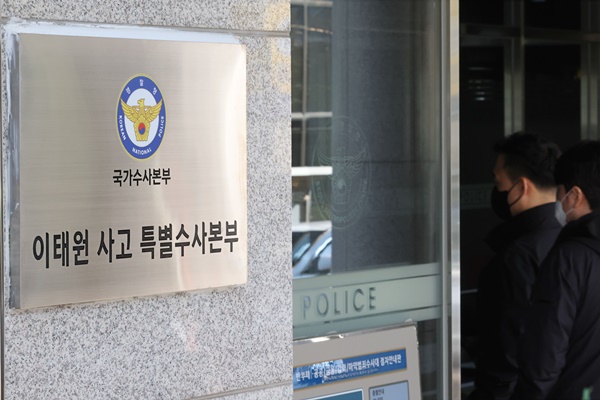 The police investigative team probing the fatal Itaewon crowd crush summoned officials from the police and fire service for further questioning on Thursday.

The team on Thursday called in Park Sung-min, a superintendent general-level officer who allegedly ordered the deletion of a safety risk analysis report drawn up prior to Halloween festivities.

Park is the highest-ranking police officer to face charges in the case, which include the destruction of evidence and inaction.

The head of the on-site command at the Yongsan Fire Station, identified by his surname Lee, was also brought in on suspicion of inept response and issuing belated orders for rescue efforts at the scene.

Song Byung-joo, a superintendent-level officer who was in charge of the Itaewon area's 112 emergency hotline at the time, was questioned for allegedly failing to report the incoming emergency calls to then-Yongsan Police Chief Lee Im-jae.

Lee was expected to be questioned for a second time Thursday afternoon, followed on Friday by Ryu Mi-jin, the senior superintendent-level officer in charge of the Seoul Metropolitan Police Agency's emergency call monitoring at the time.
Share
Print
List