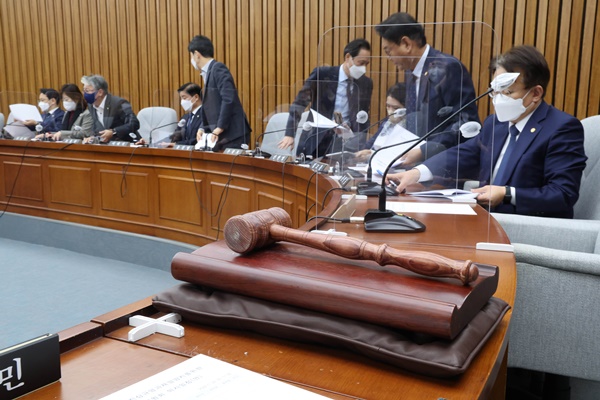 Rival parties are at odds over the inclusion of certain agencies in a parliamentary probe into the Itaewon crowd crush, wrecking an agreement a day earlier to hold the proceedings.

A special parliamentary committee overseeing the inspection was slated to hold its first plenary session at 11 a.m. on Thursday but failed to kick off due to differences between ruling and opposition parties over the scope of the probe.

After the ruling People Power Party(PPP) requested the Supreme Prosecutors' Office be excluded, its lawmakers did not enter the conference room for the first meeting.

The main opposition Democratic Party(DP) cried foul and pointed to the bipartisan agreement struck between the parties' floor leaders a day prior, saying that failure to abide by the deal would result in a reversion to the original probe plan drafted by the wider opposition bloc with two minor parties.

The PPP and DP entered into last-minute negotiations ahead of Thursday's National Assembly plenary session in an attempt to narrow differences and ensure the deal and to immediately begin the 45-day probe.
Share
Print
List