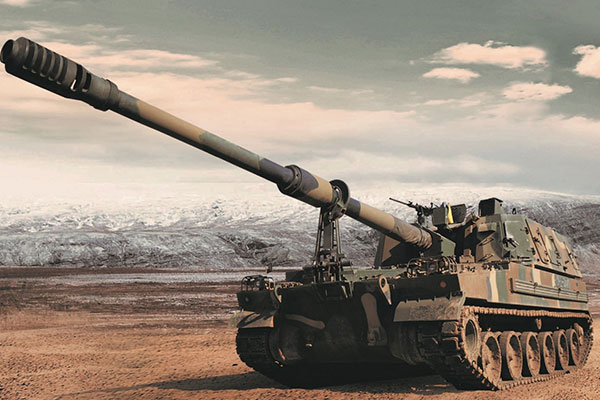 President Yoon Suk Yeol has pledged active support for the arms industry so that it can contribute to national security and emerge as the country's leading industry.

The president made the pledge on Thursday in opening remarks for an export strategy meeting at the Korea Aerospace Industries in Sacheon, South Gyeongsang Province.

Yoon, who chaired the strategy session on arms exports, stressed the importance of the industry, describing it as a new future growth engine and a key area leading high-tech industries.

The president plans to produce a pan-government support system for arms exports to facilitate synergy with other industries such as nuclear power and construction.

President Yoon expressed gratitude for people working in the defense and arms industry, noting the country posted record arms exports this year, saying that Poland, Australia, Norway and many other countries are seeking defense cooperation with South Korea.