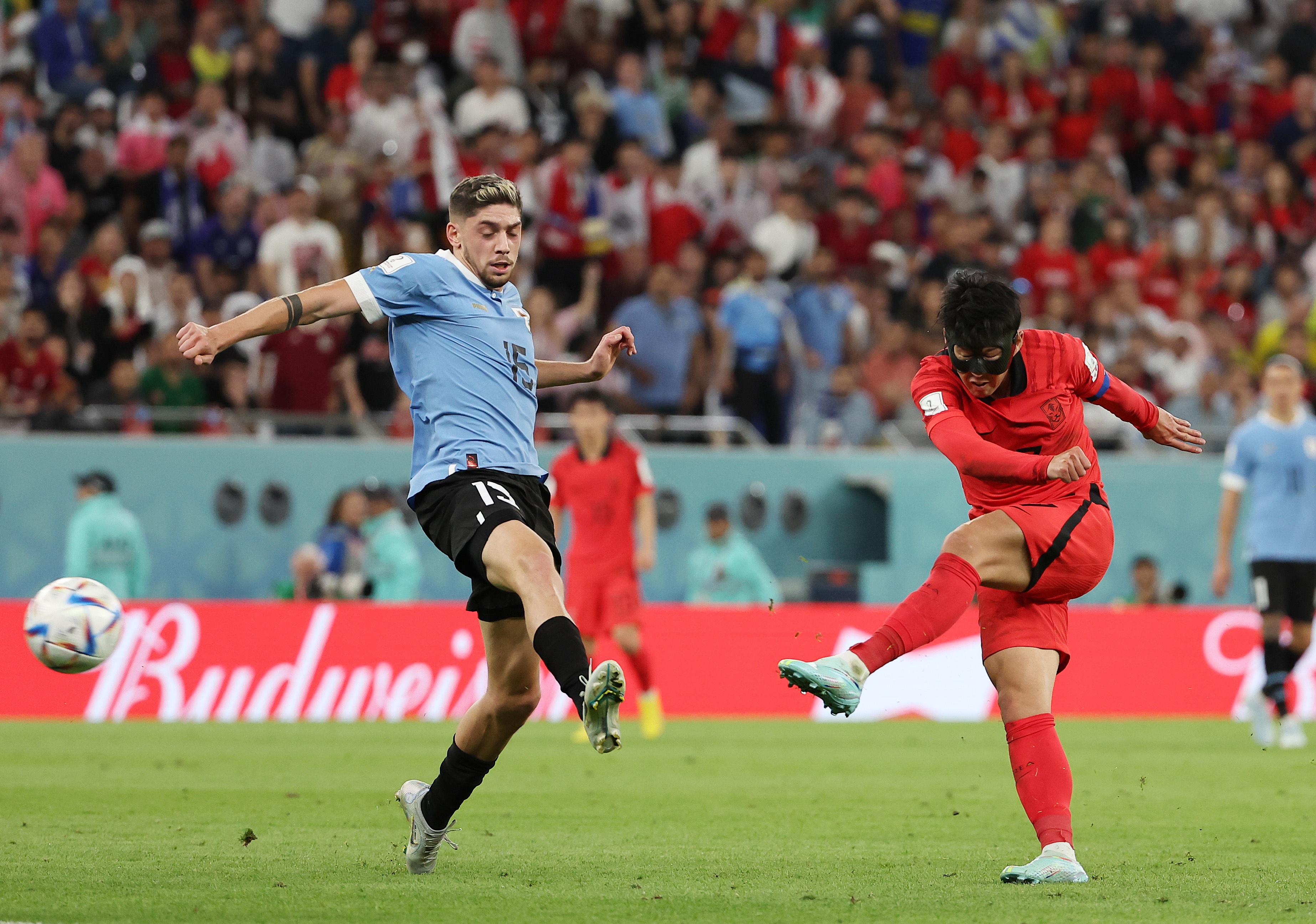 Anchor: South Korea’s 2022 Qatar World Cup campaign got under way on Thursday with an opening match against two-time winners Uruguay. The Taegeuk Warriors held their own against La Celeste, stacked with household names in world football, managing to grab a precious point with a scoreless draw.
Moon Gwanglip recaps the match.

Report: South Korea held the 2018 World Cup quarter-finalist Uruguay to a 0-0 draw in their Group H opener at the 2022 Qatar World Cup on Thursday.

Team Korea, currently standing at 28th in FIFA rankings, entered the match at Education City Stadium in Al Rayyan as the clear underdog, having lost six times in its eight previous duels with the 14th-ranked South American side.

Uruguay, which finished third in the South American confederation qualifiers behind Brazil and Argentina, started world-class players such as Darwin Núñez, Federico Valverde and Luis Suárez who made way for Edinson Cavani, but failed to find the back of the net, only managing to hit the post twice.

Tottenham Hotspur forward Son Heung-min, still recovering from a facial fracture, boosted the Asian side’s morale by playing throughout the match donning a protective mask and came closest to scoring in the 90th minute, but his shot flew just wide of the net. Lee Kang-in, a 21-year-old playmaker signed to Spanish club Mallorca, also injected some energy as he came in as a substitute in the second half.

The draw gives the Taegeuk Warriors cause to cautiously hope they can clinch their first berth to the Round of 16 in 12 years.

South Korea moved past the group stage at the quadrennial event only twice, including the 2002 South Korea-Japan World Cup that saw the side finish fourth. It then went as far as the Round of 16 at the 2010 South Africa World Cup, but in both instances, the team won its first group match.

Led by Portuguese manager Paulo Bento, Team Korea will seek to further boost its chance to progress when it faces Ghana on Monday. Korea and the western African country, currently ranked 61st, equally split their six previous duels. Team Korea will face ninth-ranked Portugal on Saturday of next week.