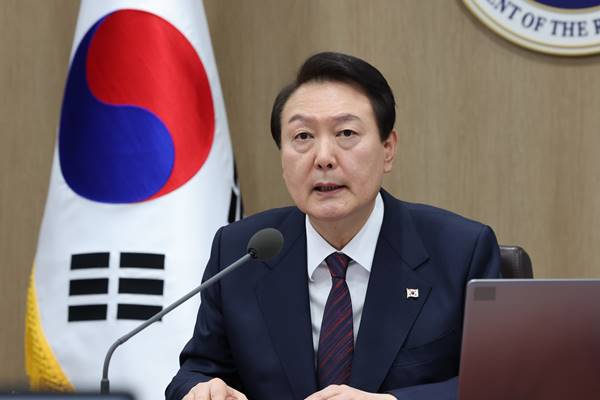 As unionized truckers conduct a nationwide strike, President Yoon Suk Yeol has warned that a continuance of the irresponsible disruption to shipping may force the government to issue an order to return to work.

The president posted the warning on his Facebook page on Thursday, criticizing the Cargo Truckers Solidarity union for launching a general strike indefinitely at a time when the government, businesses and citizens are working together to overcome the economic crisis.

Yoon said that the general public will not forgive the protesters for holding the logistics system hostage when the nation is facing a crisis, adding that such obstruction may leave the government no choice but to consider various measures, including a transport ministry order.

The president then warned that the government will sternly respond to illegal refusals or disruptions to shipping in accordance with laws and rules, stressing that the truckers cannot gain what they want through unlawful acts of violence.

Truckers across the nation began a general strike on Thursday, demanding the extension and wider coverage of the Safe Trucking Freight Rates System that is set to expire at the end of the year.

The system was originally implemented with the intention of guaranteeing a minimum shipping rate for truckers and thus mitigating exhaustion or overloading.
Share
Print
List