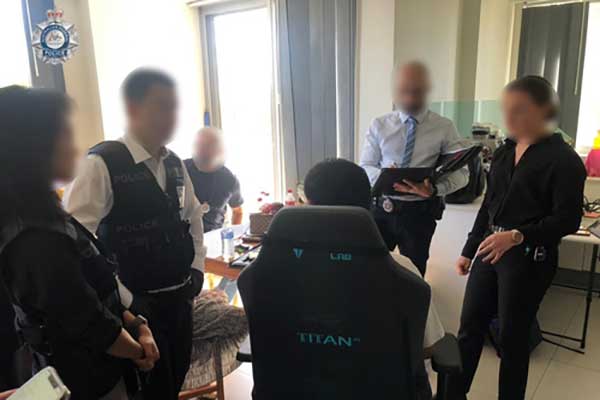 The Seoul Metropolitan Police Agency said Friday that the arrest of a suspect referred to as “L” was made on the outskirts of Sydney in cooperation with local police on Wednesday.

Identified by the Australian police as a 27-year-old South Korean national, L is accused of producing and distributing videos of nine minors and teenagers being sexually exploited on the messenger app for over a year and a half from December 2020 while living in Australia.

Korean police obtained an arrest warrant for L after confirming his identity and requested Interpol to issue a Red Notice that calls on law enforcement agencies worldwide to assist in apprehending a fugitive facing prosecution or to serve a sentence.