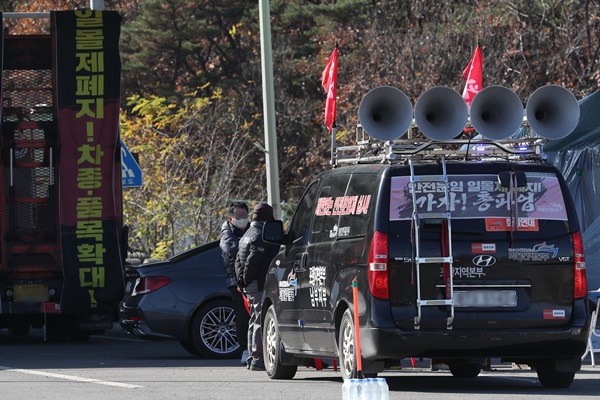 The volume of containers entering and exiting the country fell to 21 percent of the daily average on Monday as the Cargo Truckers Solidarity union continued to strike for the fifth consecutive day.

The transport ministry said that as of 10 a.m., seven-thousand-587 twenty-foot equivalent units(TEU) of containers entered and exited the nation's 12 ports to reach 21 percent of the average amid protests by the labor group under the Korean Confederation of Trade Unions(KCTU).

Entry and exit at several ports, including in Gwangyang, Pyeongtaek-Dangjin and Ulsan, is nearing a suspension.

The container storage rate at the 12 ports, meanwhile, stood at 62-point-four percent, near the average of 64-point-five percent.
Share
Print
List