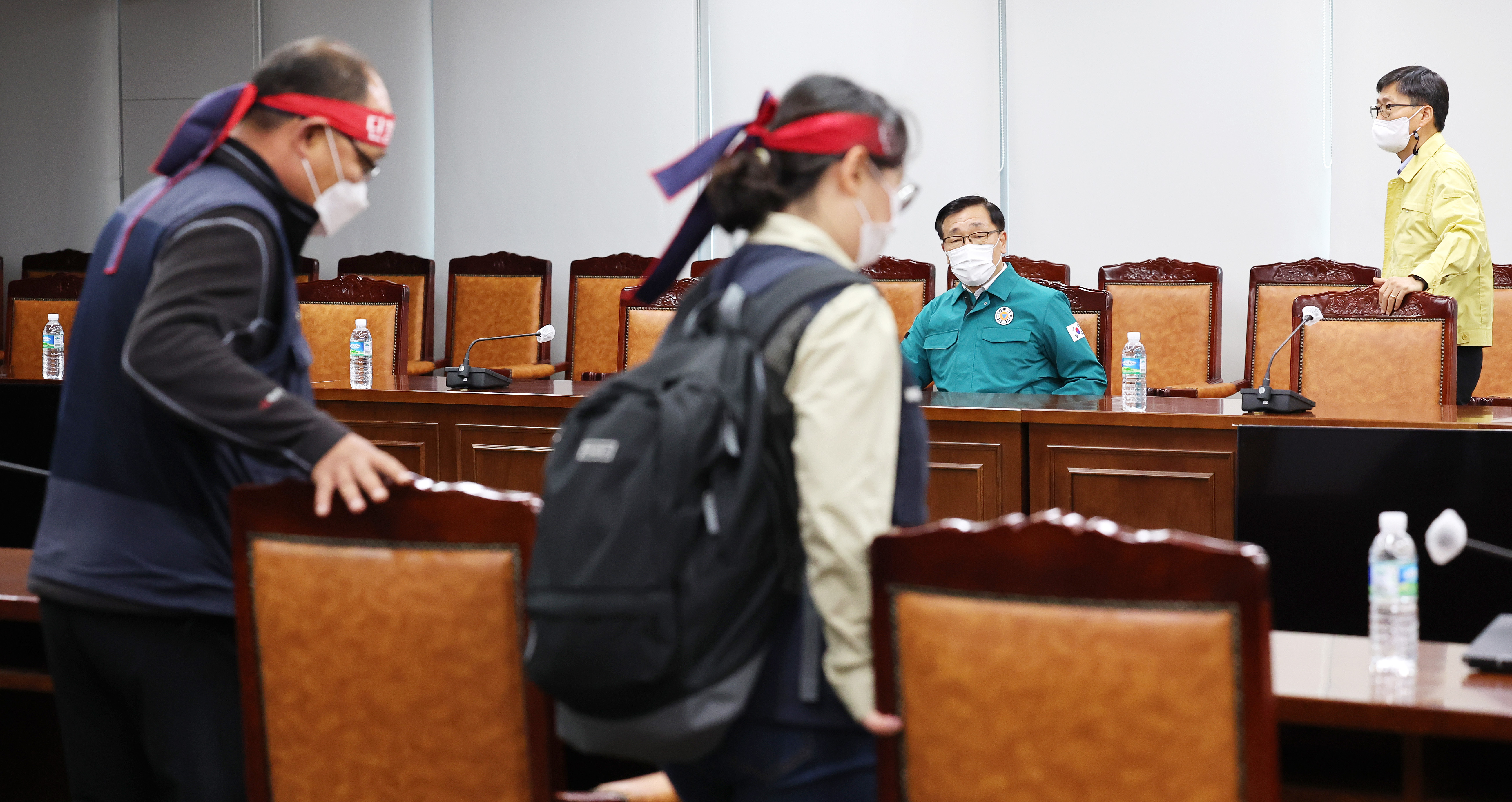 The government and the union of freight truckers held their first talks on Monday since the launch of a general strike by unionized truckers last week, but failed to narrow differences.

During the talks that lasted for about two hours, the two sides discussed the main demands by the union: the extension and the expansion of the Safe Trucking Freight System, which is set to expire at the end of the year. It was originally implemented with the intention of guaranteeing a minimum shipping rate for truckers and thus mitigating exhaustion or overloading.

After the talks, Vice Minister for Transport Eo Myeong-so said that he conveyed the government's position that it would extend the system by three years for container trucks and bulk cement trailers, but that it would be difficult to accept the demand to apply the system to a wider array of truck drivers.

The union said that the vice minister said he would report the union's position to the presidential office, but his ministry has no authority and discretionary power regarding the demands.