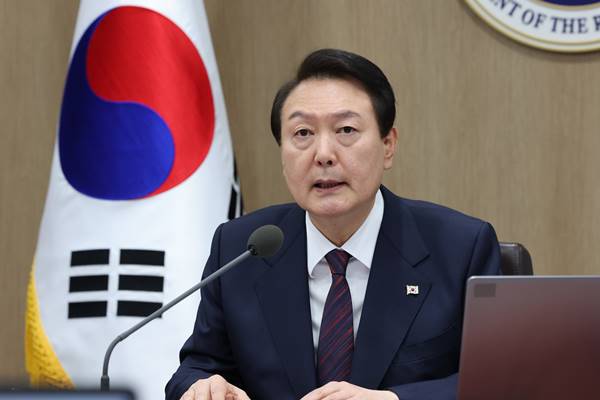 President Yoon Suk Yeol has reportedly warned that a nuclear test by North Korea will be met by a joint response "not seen in the past."

The president issued the warning in an interview with Reuters amid an unprecedented number of ballistic missile provocations and growing concerns about a possible seventh nuclear test by the North.

In the interview published on Tuesday, President Yoon said that if North Korea conducts a new nuclear test, regardless of the type, it would be met with an unprecedented joint response "in lockstep."

He also called for China to fulfill its role in dissuading the North from pursuing banned development of nuclear weapons and ballistic missiles.

Yoon reportedly said that China has the capability to influence North Korea's behavior and should exert that influence to convince Pyongyang to halt its weapons development programs.
Share
Print
List