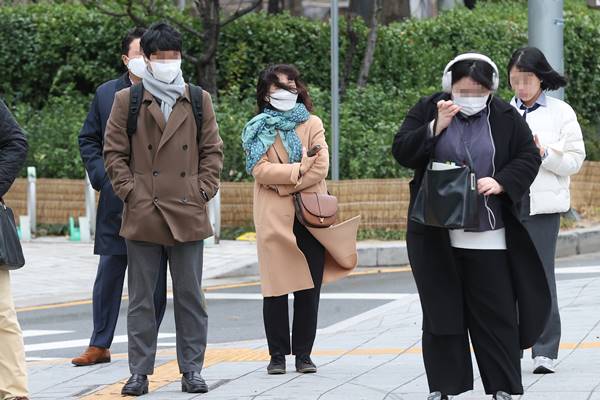 A cold wave gripped the nation on Wednesday morning with cold snap warnings issued for most parts of the nation.

The Korea Meteorological Administration said that afternoon highs are forecast to reach minus three degrees Celsius to five degrees above zero, down 15 degrees from the previous day.

The cold snap is forecast to continue until Friday, with the morning low in Seoul projected to fall to minus eight degrees on Thursday.

A cold snap warning is issued when the morning low is projected to drop by at least 15 degrees Celsius compared to the previous day and hovers at or below three degrees or falls by at least three degrees more than usual.

An advisory is issued when the temperature falls at least ten degrees from a day earlier and hovers at or below three degrees or falls by at least three degrees more than usual.
Share
Print
List