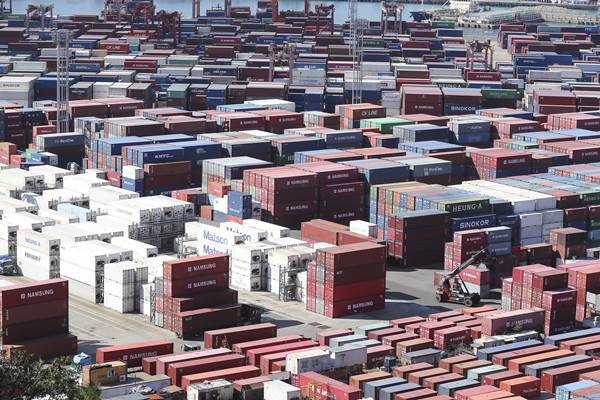 The country posted a trade deficit for the eighth consecutive month in November as exports fell over ten percent.

According to the Ministry of Trade, Industry and Energy on Thursday, the country's outbound shipments dropped 14 percent from a year earlier at 51-point-91 billion U.S. dollars last month, following the first on-year decline in two years in October with a drop of five-point-seven percent.

Imports, on the other hand, rose by two-point-seven percent on-year to 58-point-93 billion dollars last month to post a trade deficit of seven-point-01 billion dollars in November.

The nation has logged a trade deficit for eight straight months since April, the longest streak since the figure posted a shortfall from January of 1995 to May of 1997.

The industry ministry attributed the November drop in exports to the global economic slowdown and a strike by unionized freight truckers.
Share
Print
List