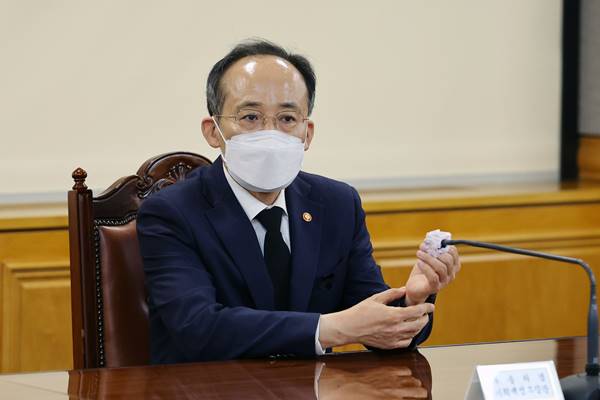 Choo, who also serves as deputy prime minister,  made the call on Thursday when he visited the Korea Federation of SMEs in Seoul, saying the budget bill and tax code revisions have been pushed aside since they were submitted in September amid political wrangling in parliament.

The minister added that the nation's economic climate will be more difficult in 2023 and warned that a failure by parliament to promptly pass the bill and tax revisions will delay follow-up measures and hamper the frontloading of budgets supporting people’s livelihood, creating jobs and supporting small businesses.

The minister projected that the nation will see a significant trade deficit for the time being, with exports for November falling by a wider margin compared to October.

Choo said the ongoing strike by unionized truckers is negatively affecting overall industries, including a suspension in logistics and disruptions in procuring materials and parts as well as production and exports.