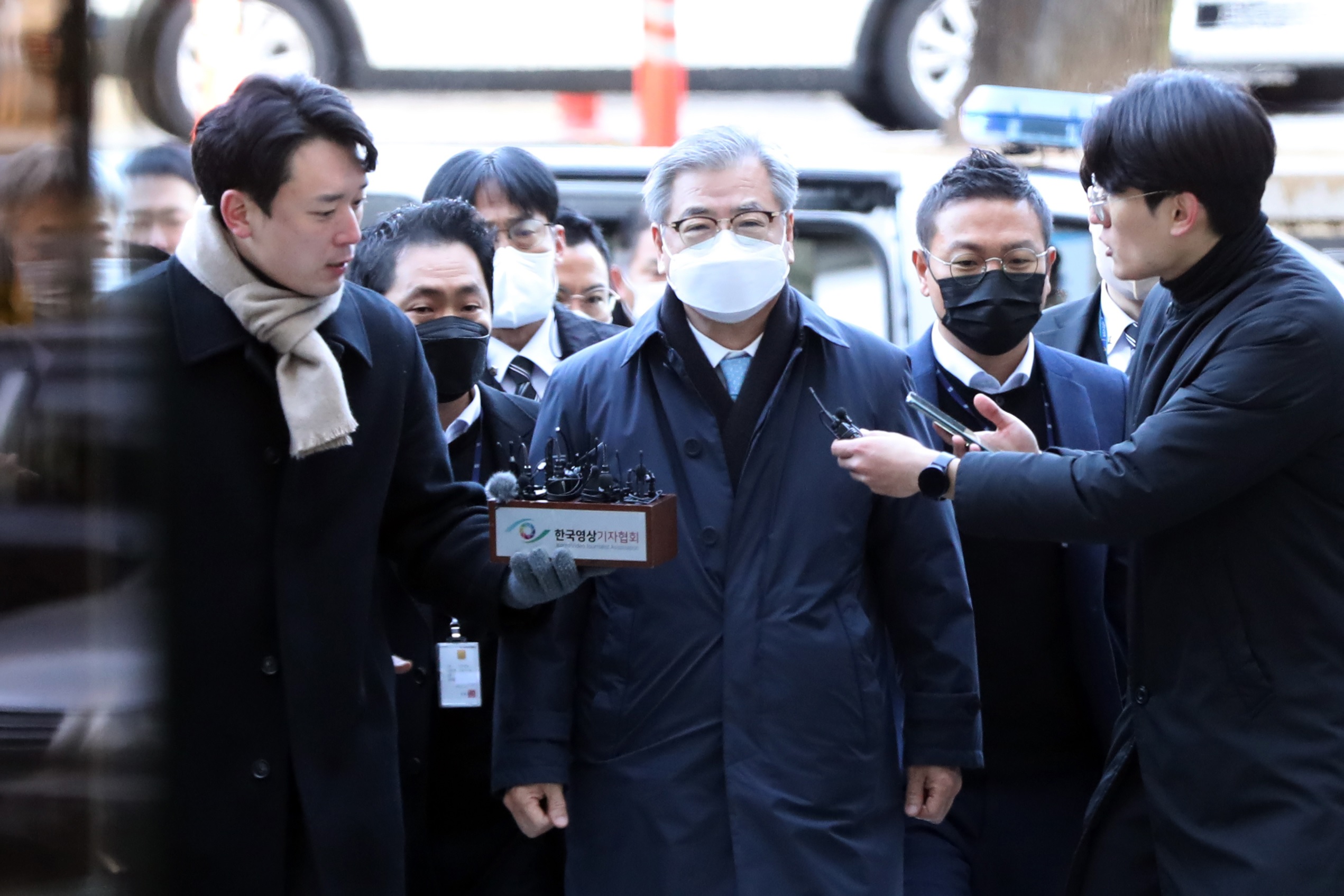 A Seoul court began deliberations on Friday over the prosecution’s request for an arrest warrant for former national security adviser Suh Hoon, the central figure in the previous government's handling of the 2020 shooting death of a fisheries official by North Korean soldiers.

Suh appeared at the Seoul Central District Court at around 9:45 a.m. and headed straight into the building without answering reporters’ questions.

The former spy chief, and national security adviser at the time of the incident, is accused of deciding to conceal the North's killing of the official in 2020 and instructing government agencies to delete related intelligence during a ministers' meeting held the day after his death.

He is also suspected of ordering the defense ministry, the NIS and the Coast Guard to fabricate reports to make it seem as if Lee defected to the North.

Meanwhile on Thursday, former President Moon Jae-in warned the incumbent administration not to cross the line in its investigation into his government's handling of the case.