Trade Minister to Visit US to Discuss IRA 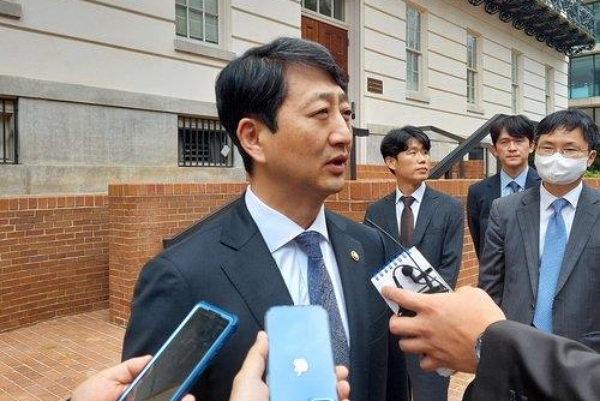 Trade minister Ahn Duk-geun and lawmakers will visit the United States for talks with U.S. officials to address Seoul's concerns about the exclusion of electric vehicles assembled outside North America from tax subsidies outlined in the U.S. Inflation Reduction Act (IRA).

According to the Ministry of Trade, Industry and Energy on Sunday, Minister Ahn and a bipartisan group of lawmakers will visit Washington from Monday to Friday to discuss the IRA with senior officials of the U.S. administration and Congress.

The parliamentary delegation consists of Representatives Youn Kwan-suk and Kim Han-jung of the opposition Democratic Party, and Choi Hyung-du of the ruling People Power Party.

During the five-day trip, the minister will hold meetings with U.S. Trade Representative Katherine Tai, John Podesta, the senior adviser to the U.S. president for clean energy innovation and implementation, as well as U.S. lawmakers.

Ahn will discuss ways with U.S. officials to address South Korea's concerns about the IRA based on Seoul's official feedback and opinions, which were sent to the United States early last month and on Saturday.

The minister plans to ask the United States to fully reflect on the opinions of the Seoul government and South Korean companies in the process of establishing regulations of the IRA to ensure companies will receive the tax benefits.
Share
Print
List