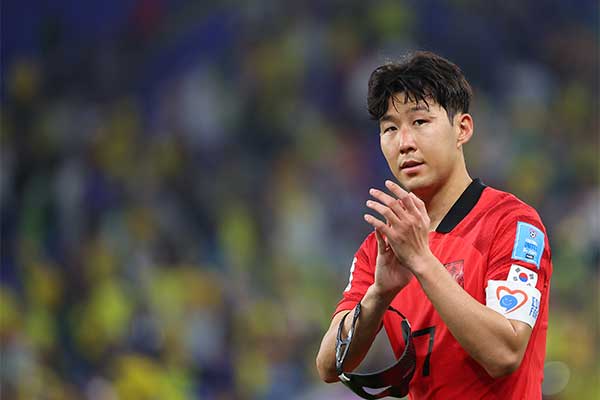 South Korean national football team captain Son Heung-min apologized to supporters of Team Korea following the team's loss to Brazil in the 2022 World Cup Round of 16 match in Qatar on Monday night.

After Team Korea's campaign came to an end with a 4-1 loss to top-ranked Brazil, Son tearily said that the Korean players did their best but they seemed to have had a very difficult game.

Son added that there is no doubt that all the players fought proudly and dedicated themselves to get this far.

The captain apologized for failing to meet the fans' expectations but hoped they would be understanding as the players and staff truly did their best to prepare for the game.

Son, who suffered a facial fracture in early November, played all the matches wearing a protective mask in the 2022 Qatar World Cup, his third appearance in the quadrennial tournament.
Share
Print
List