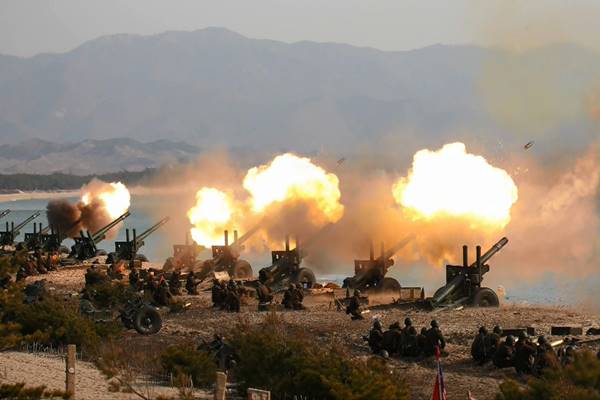 North Korea has violated the 2018 inter-Korean military accord for the second day in a row as it fired artillery into the maritime buffer zone.

According to the South Korean military, the North fired dozens of rounds into the East Sea buffer zone from Kosong County in Kangwon Province on Tuesday morning in an apparent protest against live-fire drills by the South and the U.S.

A spokesperson of the General Staff of the North's Korean People's Army said on Tuesday that the firing of multiple rocket launchers and howitzers by the "enemy" was again observed in the border area from 9:15 a.m.

The spokesperson said an emergency order was issued commanding front-line troops to fire artillery in response.

Although the spokesperson called for an immediate stop to provocative military action by South Korea and the U.S., the drill is routine training that does not violate the 2018 inter-Korean accord.

Despite Pyongyang's artillery firing and warning on Monday, Seoul and Washington continued their scheduled exercise on Tuesday in Cheorwon, Gangwon Province.