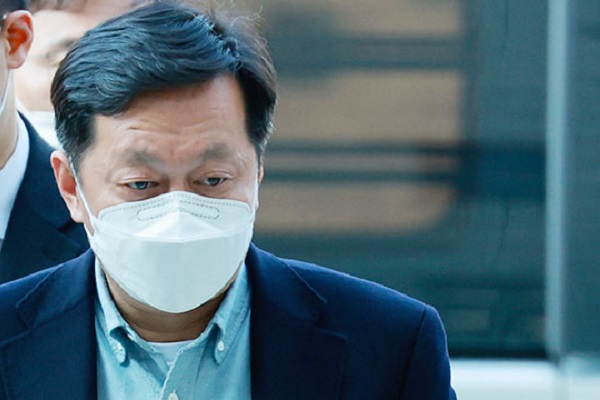 The Seoul Central District Prosecutors' Office indicted Jeong, who currently serves as Lee's policy coordination chief, on charges of bribery under the law on aggravated punishment for specific crimes on Friday.

He is accused of accepting 240 million won in bribes from key figures in the Daejang-dong development scandal in return for business favors between 2013 and 2020 while working as Lee's policy aide when the party chair was the Seongnam City mayor and Gyeonggi provincial governor.

Jeong is also suspected of making a deal for a 24-point-five-percent stake worth 42-point-eight billion won in the development project with the developers in return for favors.

Further accusations include telling Yoo Dong-kyu, the former acting chief of Seongnam Development Corporation, to throw his cell phone out the window in September last year as prosecutors were gearing up for a raid.