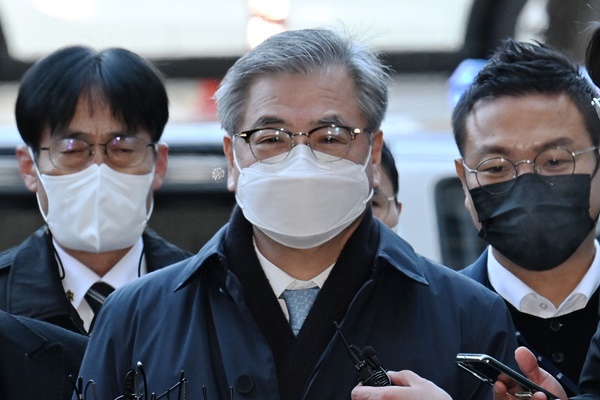 Former national security adviser Suh Hoon has been indicted over the previous government's handling of the 2020 shooting death of a South Korean civil servant by North Korean soldiers.

The Seoul Central District Prosecutors' Office on Friday indicted Suh on charges of abuse of power and obstruction of exercise of a right. Former Coast Guard Commissioner Kim Hong-hee was also indicted without pre-trial detention.

The former spy chief, and national security adviser at the time of the incident, allegedly decided to conceal the North's killing of Lee Dae-jun  near the western maritime boundary and instructed government agencies to delete related intelligence during a ministers' meeting held the day after his death.

He is also suspected of ordering the defense ministry, the intelligence agency and the Coast Guard to fabricate reports to make it seem as if the fisheries official defected to the North.

This marks the first indictment of a senior official of the previous Moon Jae-in administration in the case. Suh has been in pre-trial detention since December 3.
Share
Print
List