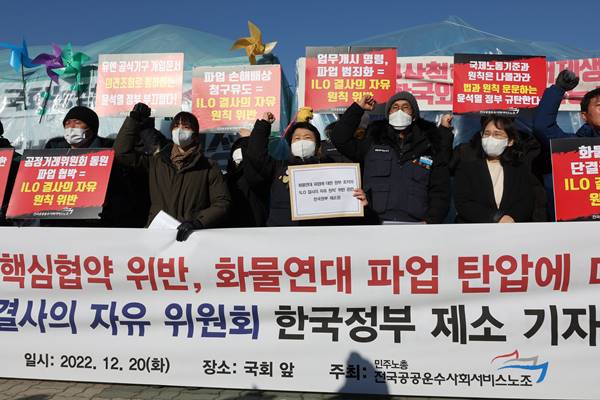 The Korean Public Service and Transport Workers' Union under the Korean Confederation of Trade Unions(KCTU) submitted a complaint to the International Labour Organization(ILO) against the South Korean government for its handling of the recent strike by unionized truckers.

The union accused the government of threatening the participants by conclusively declaring the strike to be illegal and issuing return-to-work orders.

It said the government also restricted the union's right to strike by mobilizing military vehicles and personnel for alternative means of transportation.

The head of the Cargo Truckers Solidarity urged the government to halt its oppression against the truckers and come to negotiate an extension of a freight rate system guaranteeing basic wages that is set to expire this year.
Share
Print
List