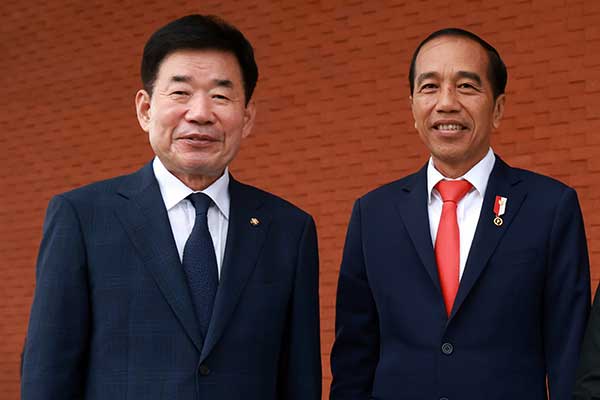 In the two countries, Kim engaged in parliamentary diplomacy and sought ways to expand bilateral cooperation.

In Vietnam, the speaker visited Ho Chi Minh City and South Korean firms operating in the country, including Samsung and LG Electronics.

Meeting with Prime Minister Pham Minh Chinh, he asked for support for Korean firms and during a meeting with Ho Chi Minh's mayor, Kim promoted Korea's bid to host the 2030 World Expo in Busan.