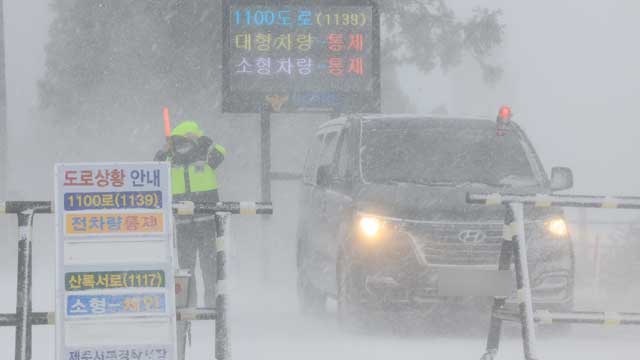 Cold wave alerts were issued across the country on Tuesday, the last day of the Lunar New Year holiday with heavy snow forecast in Jeolla Province and Jeju Island through Wednesday morning.

According to the Korea Meteorological Administration, as much as over 70 centimeters of snowfall is expected in mountainous areas in Jeju through Wednesday.

Most parts of the country are reporting windy weather with gusty winds of over 20 meters per second forecast in mountains, coastal areas and Jeju Island.

Morning lows on Wednesday will be one to six degrees lower than Tuesday, ranging from minus 23 to minus nine degrees Celsius, including minus 18 in Seoul, minus 20 in Chuncheon in Gangwon Province and minus 12 in southern port city Busan.
Share
Print
List