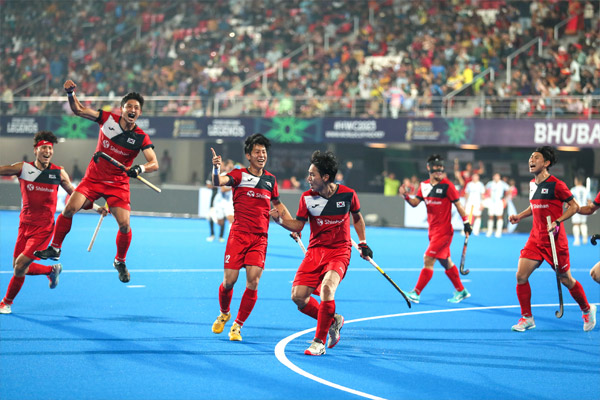 The men's national hockey team has advanced to the quarterfinals of the 2023 International Hockey Federation(FIH) World Cup.

The advance came after the team led by coach Shin Seok-gyo won a penalty shootout 3-2 after playing to a draw with Argentina 5-5 in a match held in India.

Korea was lagging behind 5-3 before Jang Jong-hyun and Lee Nam-yong scored consecutive goals to reach a dramatic tie.

It is the first time in 13 years for Team Korea to make it to the round of eight since it finished sixth in the 2010 World Cup.

Korea will face the Netherlands on Wednesday and the winner will advance to the semifinals.
Share
Print
List