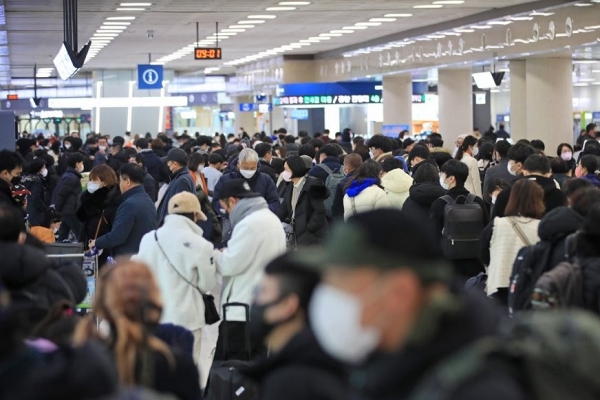 Flights to and from Jeju Island resumed on Wednesday after heavy snow on the southern resort island grounded planes the previous day.

According to the Jeju regional office of the Korea Airports Corporation, flight services resumed on Wednesday morning, with no cancellations as of 7 a.m. There are no planned cancellations, but some delays are expected for flights departing from the airport.

Ferries to and from Jeju Island are also set to resume on Wednesday.

According to the Korea Maritime Transportation Safety Authority, nine of the ten ferries operating on eight routes to Jeju Port will resume operations on Wednesday.

Amid heavy snow and extreme weather conditions, all 476 flights to and from the island were canceled on Tuesday, leaving some 40-thousand passengers stranded.
Share
Print
List