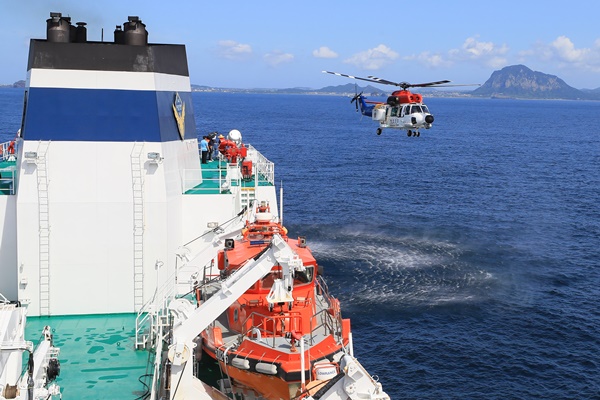 A foreign cargo ship carrying 22 crew members sank in waters off Jeju Island on Wednesday. Five crew members have been rescued but the others remain missing.

According to the Jeju Coast Guard, it received a distress signal at 1:45 a.m. from the Hong Kong-registered cargo ship "Jin Tian" in waters between South Korea and Japan, 148 kilometers southeast of Seogwipo City on Jeju Island.

The six-thousand-551-ton ship was carrying 14 Chinese and eight Myanmarese crew members on board.

It then reportedly notified the coast guard via a satellite call at 2:41 a.m. that all crew members would abandon ship. A nearby vessel reportedly confirmed that the cargo ship had sunk at 3:07 a.m.

The Jeju Coast Guard is conducting a joint search and rescue operation with their Japanese counterparts for the missing crew members.
Share
Print
List