Pompeo: Kim Jong-un Said He Needs USFK to be Safe from China 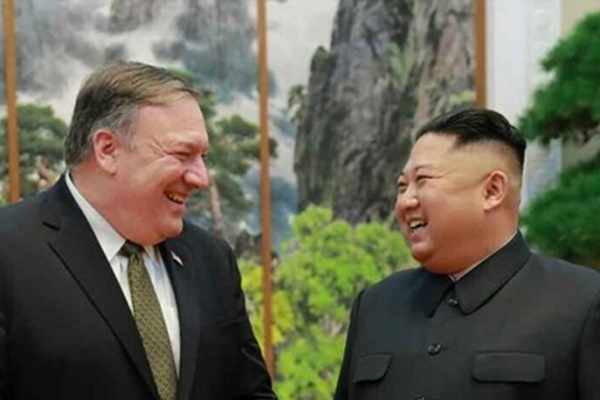 Former U.S. Secretary of State Mike Pompeo has claimed that North Korean leader Kim Jong-un told him that he needs the U.S. military in South Korea in order to protect himself from China.

Pompeo, who was deeply involved in arranging the 2018 U.S.-North Korea summit, made the claim in his memoir “Never Give an Inch, Fighting for the America I Love,” which was released on Tuesday.

He made the claim when describing a conversation he had with Kim during his first trip to Pyongyang on March 30, 2018, ahead of the summit that was held three months later.

According to Pompeo, when he told Kim that the Chinese Communist Party has consistently told Washington that the North Korean leader would be thrilled if U.S. Forces Korea(USFK) withdraws from South Korea, Kim said the Chinese are liars.

Based on his conversation with Kim, Pompeo wrote that he came to believe that Kim would not care if the U.S. bolstered its missile and ground troops’ capacity on the peninsula.
Share
Print
List