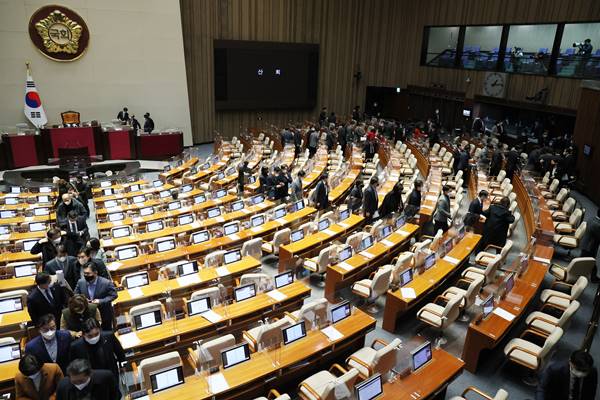 Deputy floor leader Song Eon-seog of the ruling People Power Party(PPP) and his Democratic Party(DP) counterpart Rep. Jin Sung-joon reached the agreement on Wednesday on the schedule of the January and February extraordinary sessions.

The assembly will hold a three-day interpellation session on February 6, and the head of the PPP will deliver a speech on February 13, followed by a speech by the DP chair the next day.

The January extraordinary session, which started on January 9, is set to end next Wednesday, with a plenary session set for 2 p.m. on Monday.