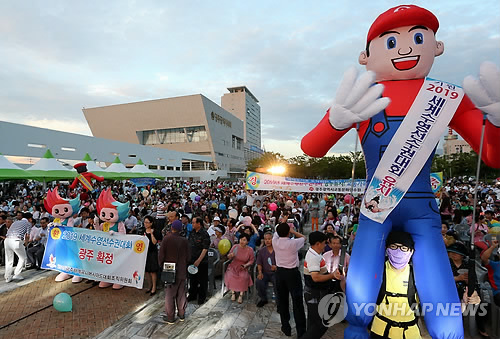 South Korea's southwestern city of Gwangju has been selected to host the 2019 FINA World Aquatics Championships.

The decision was made at the FINA Bureau Meeting in Barcelona on Friday as the 22-member panel of judges picked the South Korean city without a vote.

Friday's feat came just hours after the South Korean government accused the Mayor of Gwangju of forging its endorsement of financial support for the event.

However, the city government claims that it replaced the document with a valid one shortly after the central government pointed out the problem, and only the valid document was submitted to FINA for its final bid.

Despite the city's claim, the ministry is expected to take steps to press charges against the mayor.

The forgery issue came to light as FINA officials discovered the forgery in April when they visited South Korea.

Located around 330 kilometers south of Seoul, Gwangju will also host the 2015 Summer Universiade.