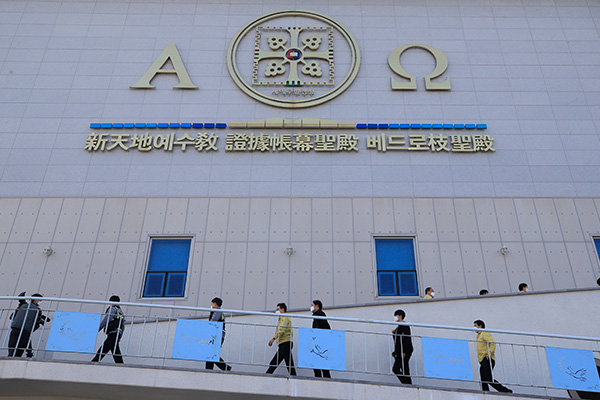 Prosecutors in South Korea raided facilities nationwide belonging to the Shincheonji religious sect, of which mass gatherings are suspected of having caused a COVID-19 outbreak in the southeastern city of Daegu and surrounding regions.

Some 100 prosecutors and investigators from the Suwon District Prosecutors' Office began the search and seizure at the sect's headquarters in Gwacheon, Gyeonggi Province, as well as its branch offices in Busan, Gwangju and Daejeon, early Friday.

Residences and offices of sect leader Lee Man-hee and executives were also included in the raid.

An alliance of people claiming to be victims of the sect filed a complaint against Lee in February, accusing the sect leader of violating infectious disease prevention laws, embezzlement and dereliction of duty.

While there's speculation that the state investigative agency may soon summon Lee for questioning, an official from the agency said calling in the Shincheonji leader has yet to be discussed.
Share
Print
List