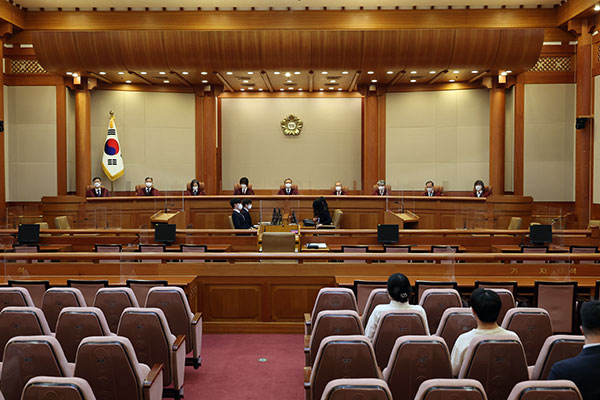 The Constitutional Court held a hearing on Thursday to determine whether it’s unconstitutional to detain a foreigner facing deportation in indefinite custody at a holding center.

The hearing reviewed the Suwon District Court’s request for the top court to assess whether Clause 1 of Article 63 of the Immigration Control Act is in breach of the Constitution.

The district court submitted the request after a 17-year-old Egyptian national asked the court to pursue a constitutional review after he was slapped with an order to leave the country and to be placed in a protective facility until departure. The teenager sought to acquire refugee status in 2018 but was rejected for being under age.

The Constitutional Court has previously conducted a judicial review on the immigration law in question in 2014 and 2018, both times finding the law to be in keeping with the Constitution.
Share
Print
List