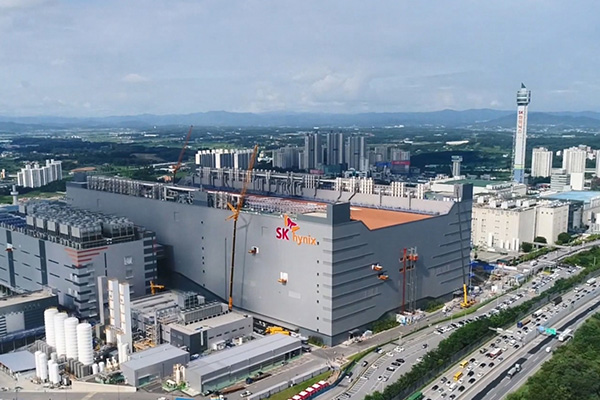 SK Hynix will acquire all of Intel's NAND flash business, including its solid state drive(SSD) business and factory in Dalian, China, with the exception of the Optane memory unit.

The deal, if completed, will be the largest acquisition by a South Korean firm and will make SK Hynix, the world's second-largest DRAM maker, also the world's number two in NAND flash chip production after Samsung Electronics.

The company is expected to surpass Samsung to top global rankings in terms of SSD production for businesses.

Through the deal, SK Hynix hopes to boost competitiveness in SSD solutions, beef up its high-value product portfolio and improve balance in its memory business earnings.

Seventy-two percent of the company's revenue came from its DRAM business during the second quarter this year, compared to only 24 percent from its NAND unit.

The Intel acquisition is expected to balance out its DRAM and NAND revenues to 60 and 40 percent, respectively.

The South Korean company will then pay the remaining two billion dollars by March 2025 to acquire Intel's remaining assets, including the intellectual property related to NAND flash wafers, as well as its research and development workforce.
Choi You Sun, KBS World Radio News.
Share
Print
List