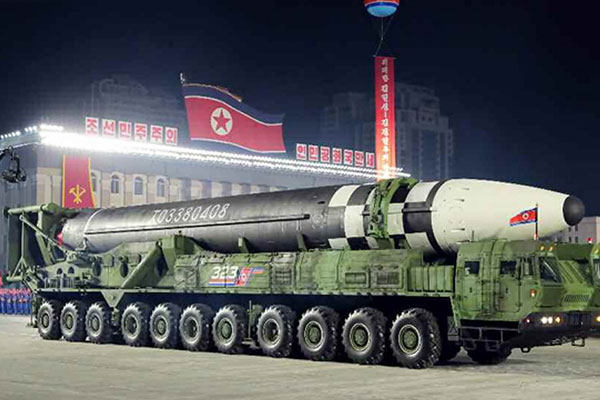 A U.S. defense intelligence organization has projected that North Korea may resume underground nuclear tests if it does not agree to complete denuclearization.

The Defense Intelligence Agency(DIA) under the U.S. Department of Defense issued the projection in its report on North Korea's military power.

In the report released on Friday, the DIA said that the North Korean leadership views nuclear weapons as "critical" to regime survival and the nation maintains its weapons of mass destruction capabilities and is unlikely to abandon its stockpile.

The DIA said that the North's ultimate goal is to integrate a nuclear weapon with a ballistic missile and to ensure that the nuclear-armed missiles will function reliably as a system.

It projected that if the North rebuilt or created a nuclear test site, it could further underground nuclear tests to validate weapons capabilities.

The DIA also said that the North will work to improve its new solid-propellant ballistic missiles and may conduct a long-range missile test next year.
Share
Print
List