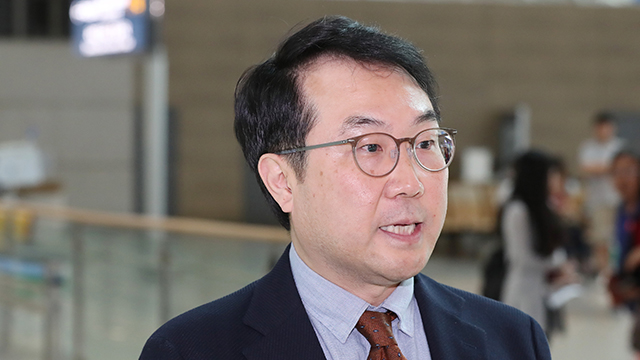 Luo will reportedly soon be designated as China's top official envoy on the North Korea nuclear issue. He accompanied Chinese Foreign Minister Wang Yi during his trip to Pyongyang earlier this month.

Lee is expected to be briefed on the outcome of the Chinese delegates’ latest visit to Pyongyang. The two officials will also likely discuss specific cooperation between Seoul and Beijing regarding working-level negotiations between the U.S. and the North that may resume by month's end.
Share
Print
List