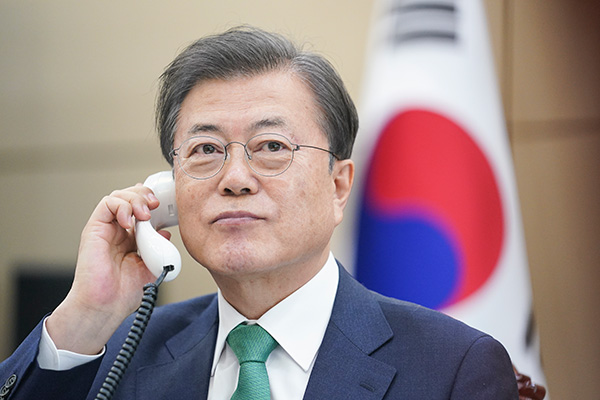 The presidential spokesperson Kang Min-seok said Moon spoke with the Malaysian leader over the phone for 20 minutes on Monday afternoon.

Moon reportedly told Yassin that it is "very important" to elect a candidate with vision and the capability to protect the free trade system and restore trust in it through reform of the WTO.

The president reportedly said that Trade Minister Yoo Myung-hee is the best person to adjust the interests of advanced and developing nations and carry out the reform of the trade body successfully.

The Malaysian prime minister agreed that Yoo has played an important role with a very impressive career and experience.

The presidential spokesperson said Moon is scheduled to have five phone calls with leaders of countries this week, which kicked off with Malaysia.
Share
Print
List