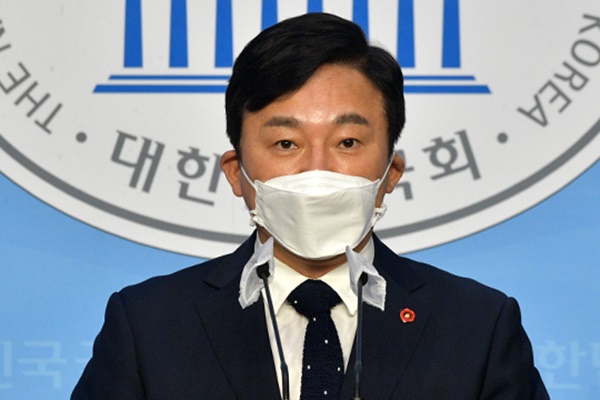 Jeju Province Governor Won Hee-ryong says he will launch both domestic and international lawsuits against Japan should it release radioactive water from its disabled Fukushima nuclear plant into the ocean.

At a press conference on Tuesday, Won urged Tokyo to halt preparations for the release, be transparent in providing all relevant information and data and begin consultations on the water disposal.

Stressing that he, as Jeju governor, has the duty to protect the safety of South Korean waters and people, Won said he will work with all those affected to mobilize all means in countering the move.

The governor added that the Japanese people, especially those living in coastal regions, are opposed to the water release as well.

Won suggested forming a group representing coastal area residents in both South Korea and Japan to take the Japanese government to criminal and civil courts in both countries, as well as to an international tribunal.

Tokyo is set to make a final decision on the water release on October 27.
Share
Print
List