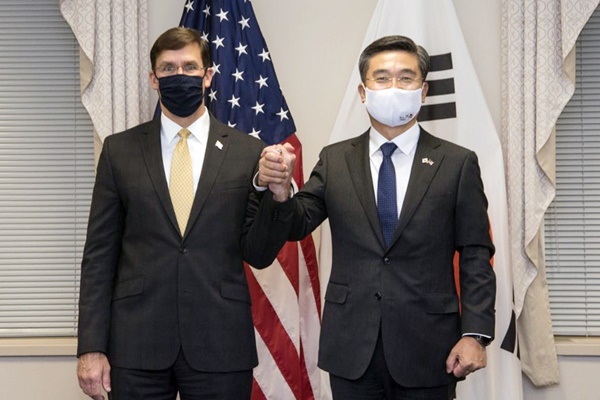 North Korea on Tuesday criticized South Korea for its annual security dialogue with the United States.

Referring to the recent Security Consultative Meeting(SCM) and the Military Committee Meeting(MCM), the North's propaganda weekly Tongil Sinbo accused Seoul of acting blindly based on pro-U.S. flunkyism and scheming up aggression against fellow Koreans.

Pyongyang then called the allies' agreed "customized deterrence strategy," a "strategy for a war of aggression," in reference to Seoul's advanced weapons purchase, military exercises and development of cutting-edge equipment.

The North also slammed Kim Hyun-chong, the South's deputy national security adviser, regarding a media report that Kim approached the U.S. to purchase nuclear fuel to operate a nuclear-powered submarine.

The U.S. has reportedly denied the request, citing its nonproliferation policy.