Hospitals in S. Korea Continue to Be Hotspots for Mass Infections 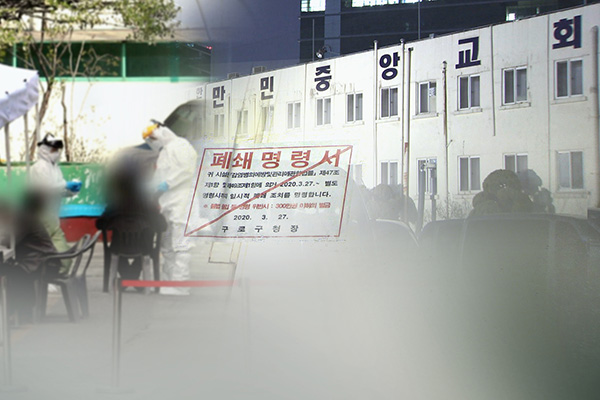 South Korea is witnessing a concerning growth in the number of COVID-19 cases that lead to mass infections, including at hospitals.

Kwon Jun-wook, deputy head of the central quarantine headquarters under the Korea Centers for Disease Control and Prevention(KCDC), said in a regular media briefing on Thursday that 83-point-three percent of confirmed cases nationwide are linked to coronavirus clusters.

He said another six percent are imported cases while the remaining 10-point-seven percent are individual cases or still under investigation.

In the hard hit city of Daegu, the Second Miju Hospital confirmed 12 new cases on Wednesday while the Daesil Nursing Hospital reported one case, brining their total number of infections to 147 and 95, respectively. Hansarang nursing home added two cases for a total of 123.

According to the KCDC, nearly 35 percent of the one-thousand-383 cases confirmed between March 18 and 31 were related with hospitals and nursing homes. The other 35 percent was recent arrivals from overseas.
Share
Print
List