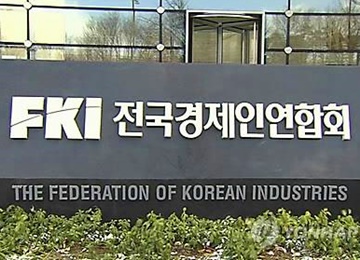 The nation’s top economy-related organizations have called on President Moon Jae-in to revamp regulations to breathe new life into the economy.

The Korea Employers Federation said in a statement on Wednesday that in order to create jobs, it is imperative for the new government to promote corporate investment by revamping regulations.

The Federation of Korean Industries also released a statement, saying that now is a crucial time for pan-governmental efforts to be made for the nation to be ready for the fourth Industrial Revolution. The federation said it hopes the new government will find a way out for the nation’s economy through unity and reform.

The Korea Chamber of Commerce and Industry said it hopes that the new president will renovate the economic and social mood with fairness, innovation and integration to fill the economy with creativity and dynamism. It also expressed hope that the new government, political circle, businesses and laborers will engage in vibrant economic activities toward an advanced economy through communication and cooperation.

The Korea International Trade Association called on Moon to work toward overhauling regulations so that South Korean companies can freely advance into global markets.

The head of the Korea Federation of Banks, Ha Yung-ku, asked for government efforts for financial industries to be able to develop into strategic service industries.