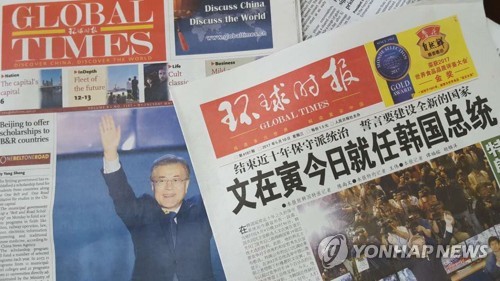 The report said Wednesday that Moon’s first challenge is to recover the people’s trust toward politics which has hit rock bottom due to corruption. The report said that Seoul must swiftly launch efforts to root out collusion between politicians and businessmen, which was exposed by corruption involving the aides of the previous president.

The second key task the report pointed out was foreign affairs and security issues. The report described related issues as headaches left behind by the previous administration. The agency cited that tensions continue to run high on the Korean Peninsula, inter-Korean ties are nearly severed and Northeast Asia’s security and stability are being threatened.

The report claimed that a third major challenge awaiting Moon is improving people’s livelihoods and the economy, citing that South Korea is facing the dual pressure of inflation and growth in unemployment.