It doesn't matter where you're from or how old you are when you're climbing the steps toward your dream!

All we're looking for is your passion and talent for the Korean language at the 3rd KBS WORLD Radio Korean Language Video Contest <Speak Korean, Dream High>!

The TOP 3 will be invited to visit Korea for 6 days of Korean lessons, cultural experiences, meetings with mentors and more! It's bigger and fuller this year!

Eligibility
Foreign nationals living outside of Korea are eligible. (Naturalized Koreans and foreign nationals of Korean descent are not eligible.)
Applicants must have a valid passport and be eligible for international travel.
If the winner is a minor, he or she must be accompanied by a parent or guardian. KBS WORLD Radio will not be responsible for the guardian's airfare or accommodation fees.

How To Enter the Contest
Preliminary Round: Pick one of the two given topics. Write a speech in Korean on the topic and film yourself giving the speech. Submit both the video and the script of your speech.
TOP 18 Round: The Korean communication skills of the TOP 18 participants each representing one of six competition regions will be evaluated via mobile group video conferences with each other and KBS announcers.
TOP 6 Round: The TOP 6 participants must write a speech in Korean on a given topic, film themselves giving the speech and submit both the video and the script of the speech.
Final Round: The TOP 3 winners will hold the final round at the KBS WORLD Radio Studios in Seoul to determine their final rankings (Gold, Silver and Bronze). 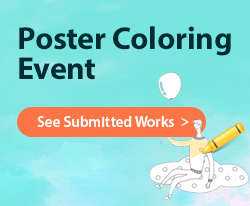