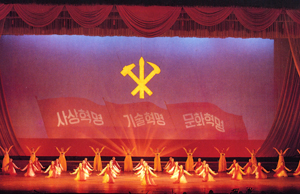 This was simultaneously an organization as well as a movement, which played a vital role in Kim Jong-il’s acquisition of power. Created upon Kim Il-sung’s orders on February 13, 1973, Kim Jong-il was appointed as the organization’s supervisor in September that year. The ‘Three Revolution Teams’ were ‘teams of key Party functionaries and young intellectuals, dispatched to all sectors of the People’s economy to assist cadres in overcoming conservatism, mannerisms, and other obsolete forms of thought, to the end of lending more strength to the Three Great Revolutions (Ideological, Technological, and Cultural)’.

Given the authority to control, inspect, and supervise, team members were dispatched to various Party and state bodies. Their primary role was to directly inform the Central Committee on the activities of each organization. Therefore, the teams gave Kim Jong-il access to a direct chain of command encompassing organizations on all levels, through which he could gather information and give directions. He was thus able to control most of the Party’s organizations, utilizing the teams as a broad basis of political power. 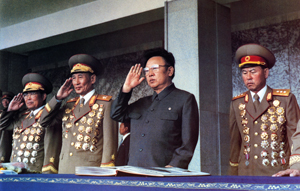 Kim Jong-il’s first appearance at the forefront of power took place at the October 1980 6th KWP Congress. On this day, he was elected as Cadre of the Political Bureau, Secretary of the Secretariat, and member of the NDC. Holding offices in both the Political Bureau and the Secretariat made him one of the most powerful figures in the Central Committee, while a position in the NDC gave him access to the higher military authorities.

Kim Jong-il began summit-level diplomatic activity during his 1983 visit to China, while exchanging greeting cards with top Chinese and Soviet leaders ever since 1986. The term ‘on-site instruction’, previously referred to as being given by Kim Il-sung, started being used for Kim Jong-il as well from 1988. His 1990 appointment as 1st Division Chief of the NDC (with his father as Chairman), followed by his 1991 appointment as Commander-in-chief of the KPA and 1993 election as Chairman of the NDC served to complete Kim Jong-il’s solidification of political and military power. Needless to say, this process was made possible through the full backing of his father.

The 'Rule by Legacy'

It was around this time that Kim Il-sung died (1994). While Kim Jong-il’s ascension to power was taken for granted, the process still involved some measure of uncertainty because a father-son succession for the supreme position of power was previously unheard of in communist states. On a personal level, Kim Il-sung’s death was a political threat for Kim Jong-il. On a national level, the event could have sparked a crisis in the regime. Kim Jong-il overcame the situation with an ingenious system - the ‘Rule by Legacy’. Preserving a symbolized version of Kim Il-sung’s charismatic leadership and blending it with the traditional Eastern virtue of filial piety, Kim Jong-il solidified his power while maintaining the integrity of the regime.

The three years of the ‘Rule by Legacy’ are not unrelated to the traditional Korean mourning period of three years observed on the occasion of a parent’s death. The ‘Kim Jong-il Era’ came into full effect following his October 1997 election as Secretary General of the KWP, his 1998 re-election as Chairman of the NDC, and the constitutional amendments at the 1st Meeting of the 10th SPA.

Since the beginning of the Kim Jong-il era, he has typically been addressed as the ‘Comrade and Commander-in-chief’, ‘General’, and ‘Dear Chairman’.

While ‘rule of virtue’ and ‘all-embracing politics’ are phrases used to emphasize Kim Jong-il’s leadership, the ‘military first’ slogan is more of a policy guideline that focuses on the KPA’s role in fortifying national security, economic growth, and the well-being of the people.

The crisis of North Korea regime became more serious due to its economic difficulties and recurrent episodes of famine. Borrowing from an event that took place in the time of the anti-Japanese resistance, the slogan, ‘grueling march’, was introduced to mobilize the people in an effort to overcome a situation where the economy was caught in a quagmire and hundreds of thousands were dying of hunger. It can be said that the truly ‘stable’ Kim Jong-il era began only after the 2000 announcement that the ‘grueling march’ was finally over. Upon observing the extent of reform and economic liberalization during a visit to China, Kim Jong-il reportedly remarked that he had seen a ‘whole new world in the making’. This experience led to the pursuit of the ‘Shineuiju SEZ Project’ (☞ New Economic Initiatives and the Shineuiju SEZ) and the ‘7.1 Economic Reforms’ (☞ 7.1 Economic Reforms).

The 2nd North Korea Nuclear Crisis can be interpreted within the context of North Korea’s struggle to maintain its regime, along with its reforms and moves to open up its economy. While the coming of the George W. Bush administration upended the improvements in NK-U.S. relations realized in the last years of Kim Il-sung’s rule, discovery of North Korea’s secret nuclear weapons development program sparked the 2nd North Korea nuclear crisis. The crisis is a viewed as an audacious high-stakes gamble on the part of Kim Jong-il aimed at maintaining his regime. 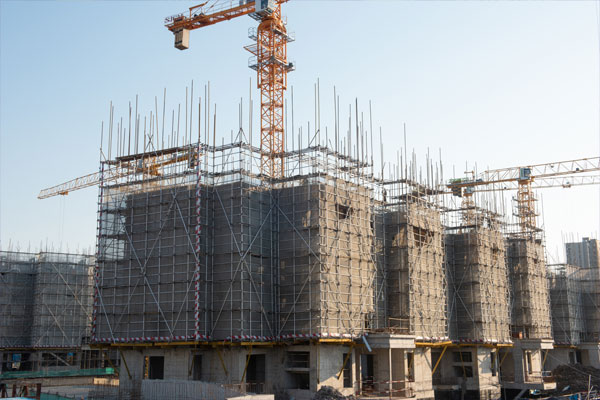