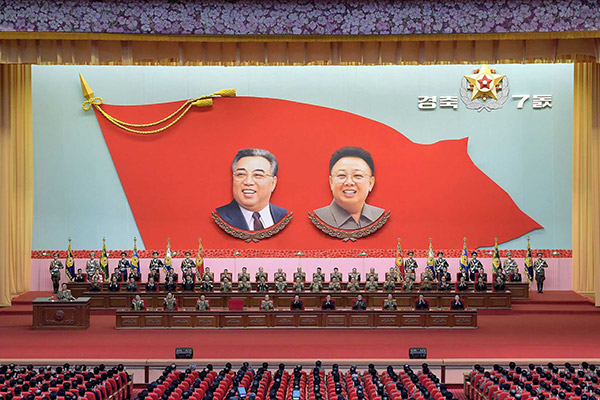 In a functional democracy, power is divided between different branches of government. The people select their leaders, and those leaders craft laws at the legislative body in a transparent, accountable way.

The criminal justice system in a functional democracy holds that no person is above the law, including elected leaders and law enforcement officials. The separation of power guarantees the fundamental rights of the people through checks and balances.

North Korea, a totalitarian socialist state, functions quite differently than these descriptions above. Today, we’ll talk about North Korea’s power structure and political organization with Cha Moon-seok, professor at the Institute for Unification Education.

The ruling Workers’ Party boasts the highest status and power in politics. The central state agencies include the highest decision-making body of the State Affairs Commission, the Supreme People’s Assembly—a legislative organ equivalent to South Korea’s National Assembly—and the administrative body of the Cabinet. The judicial institutions consist of the Highest Prosecutor Office and the Supreme Court.

After Korea’s liberation from Japanese colonial rule in 1945, the North Korean regime was constructed by the Soviet Union that occupied the northern part of the Korean Peninsula. Naturally, Pyongyang assumed the Soviet model of communist governance, adding its own elements to form the North Korean state. Like many other communist states founded in the 20th century, the party in North Korea was designed to encompass all authority.

But one-man rule led by the so-called supreme leader and a hereditary succession of power are only found in North Korea.

From the establishment of the Democratic People’s Republic of Korea, which is North Korea’s official name, in September 1948 to the mid-1950s, power was held by the Cabinet, in principle. But after major political purges in August 1956 and in the 1960s, the nation consolidated and maintained supreme leader Kim Il-sung’s one-man rule, propped up by the Workers’ Party and the public.

The Workers’ Party, dominated by the Kim Il-sung faction, was in effect the supreme leader’s party that played a key role in administrating state affairs. In other words, the North Korean state system was governed by the party. Kim Il-sung’s one-man leadership was made official in the 1972 Socialist Constitution.

In the early years, North Korea’s ruling ideology was based on Marxism-Leninism, like other communist countries. But in its 1972 Socialist Constitution, North Korea embraced juche ideology. “Juche” means self-reliance. In 1980, Kim Il-sung’s juche idea was defined as the nation’s official governing ideology.

The Workers’ Party serves the supreme leader, who holds absolute power. So the party is superior to any other political organization or institution. The official decision-making body of the Workers’ Party is the Congress. It sets policies and strategies of the party. During periods when Congress is not in session, the party’s Central Committee manages all party projects as the highest guidance organization.

The committee has some influential bodies such as the Political Bureau and the Politburo Standing Committee that make party decisions when the Congress or the Central Committee’s plenary session is not convened.

The party’s Executive Policy Bureau, as its name indicates, actually executes party projects between Congresses. Under the Central Committee, there is the Organization Guidance Department. It is such a powerful organ that it is called the party within the party.

Established in 1945, the Workers’ Party of Korea maintains a monopoly on political power, and more than 16 percent of the North Korean population holds party membership. Congress is rarely convened, and party representative meetings are few and far between. Most issues are decided by the party’s Central Committee that is held every six months.

The committee’s Organization Guidance Department is the most important body when making decisions or formulating policies. It was this department that organized an investigation team to find out the whereabouts of Jo Song-gil, North Korea’s acting ambassador to Italy whose whereabouts are currently unknown.

Jo Yong-won, one of the officials pictured with Kim Jong-un before the leader delivered his New Year’s speech on January 1, is the vice director of the powerful department.

He is considered one of the three most influential officials in the North, along with the leader’s sister and Workers’ Party’s first vice director Kim Yo-jong, and State Affairs Commission Secretariat Director Kim Chang-son, who is considered by many as the leader’s de facto chief of staff.

The Supreme People’s Assembly legislates, revises and supplements the Constitution and other laws. It also establishes basic principles of policies. Unlike South Korea’s National Assembly, however, it is a rubber-stamp legislature that simply approves everything decided by the Workers’ Party.

The Cabinet executes state policies and conducts administrative affairs in general, including budget planning. The judicial institutions in the North are also very different from those in South Korea. They are unlikely to issue independent and neutral judgments because they are subject to the Workers’ Party.

In reality, however, all power is concentrated in the Workers’ Party, and those government institutions simply carry out the decisions of the party. Kim Jong-un has further expanded the role of the party and consolidated its power.

Late North Korean leader Kim Jong-il was groomed as successor in the 1980s, and his regime came into power in 1994 after the death of his father Kim Il-sung. Before long, North Korea was hit by a massive famine and severe economic hardships.

The nation began to embrace military-first policies, with the Korean People’s Army taking on a greater role. After Kim Jong-il’s death, however, his son Kim Jong-un has reduced the military’s political role and status, and strengthened the power of the party instead.

Current leader Kim Jong-un, on the other hand, has stressed the importance of the Workers’ Party. In 2016, he abolished the National Defense Commission, a symbol of North Korea’s military-first era, and created the State Affairs Commission, which Kim himself sits at the top of. The move was aimed at keeping the powerful military in check and signaled a return to a party-centered governing system. Professor Cha says North Korea is in the process of changing, and interprets the rebalance of the military-party dynamic as part of that process.

In the course of seeking various changes, a shift from the previous political structure is inevitable. If the Workers’ Party takes advantage of its centrality in the state and steers the nation in a productive direction, the North may see a positive change.

Reform and openness requires expertise in politics, economics and foreign policy. For that purpose, government agencies and political organizations require structural change. North Korea’s political system should be flexible enough to embrace change and may possibly change for the better in the process.

The Workers’ Party’s enhanced role under the Kim Jong-un regime is changing political power dynamics in North Korea. It is hoped that more changes will take place in North Korea that bring the country closer to genuine openness and reform.