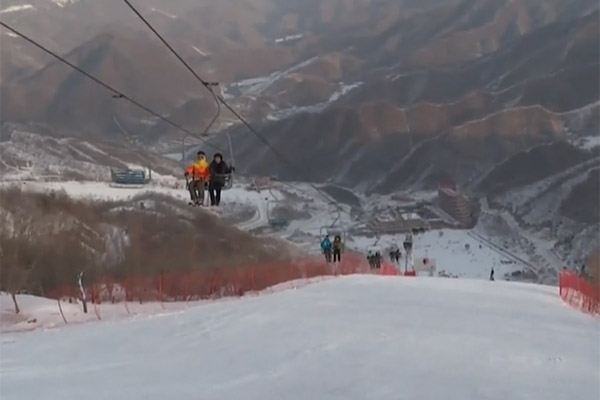 Ahead of the first-ever summit between North Korea and the U.S. in Singapore in June of last year, Pyongyang apparently insisted on economic assistance as one condition for negotiations. During a meeting between then-vice chairman of the North’s ruling Workers’ Party Kim Yong-chol and U.S. President Donald Trump at the White House on June 1st, 2018, the North Korean official reportedly mentioned his nation’s plan to create a casino in Wonsan and expand the Masik Pass ski resort.

Today, we’ll learn more about this ski resort, which North Korea has been developing enthusiastically, from Kang Mi-jin, a North Korean defector and reporter at the online newspaper, Daily NK.

Masikryong or Masik Pass literally means horse-resting pass. The mountain pass earned this name because it is so high and rough that even a horse should rest on the hill. North Korea began to build a ski resort there in December of 2012 at the initiative of leader Kim Jong-un. The construction started in line with the expansion of the nearby Kalma Airport, which was formerly a military airfield, into Wonsan Kalma Airport with the purpose of dealing with one-point-two million tourists annually. Known for his love of skiing, the leader ordered his officials to complete construction in a year, and the new ski resort was actually completed in less than a year.

Located near Wonsan in North Korea’s Gangwon Province on the east coast, the Masik Pass sees snow falling from late autumn through early spring and its valleys are appropriate for ski slopes. It was the location where a ski resort opened for the first time ever on the Korean Peninsula back in the 1920s during the Japanese colonial rule. The Masik Pass ski resort later existed in name only, especially after the Korean War.

But in 2012, Kim Jong-un’s first year in office, the leader instructed officials to rebuild the Masik Pass ski resort and develop it into a world-renowned tourist attraction. The purpose, of course, was to earn foreign currency by drawing tourists from overseas. The nation spurred construction to complete the ski resort in December of 2013, giving rise to the new slogan, “Masik Pass speed.” Kim Jong-un, who is known to have enjoyed skiing while studying in Switzerland, showed particular interest in the new ski resort and took a ski lift ride himself before the completion. The fancy ski resort is equipped with various facilities.

There are ten beginner- to intermediate-level ski runs stretching down from Taehwa peak, the top of the Masik Pass ski resort situated one thousand-360 meters above sea level. It is said that visitors can enjoy various winter sports there, including sledding and snow biking, as well as skiing. A luxury hotel at the resort has 250 rooms for foreigners and 150 rooms for locals. Hotel facilities include billiard tables, a swimming pool, video arcade, ballroom, barbershop, restaurants, coffee shop and sauna.

The resort covers an area of 14 million square meters, with its ski slopes running a total length of 49-point-six kilometers. It also has an outdoor skating rink and a hotel with eight floors above ground and three underground. In 2015, North Korea’s state newspaper Rodong Sinmun introduced the ski resort as the country’s national treasure, saying that it boasts a world-class level in terms of the number and total length of ski slopes.

Many North Korean residents want to visit the lavish ski resort, a symbol of economic growth under their leader Kim Jong-un.

Locals are free to go to the ski resort as long as they have money. A three-day stay costs about 400 US dollars. I heard that six North Koreans put their money together and went all the way to the resort just to use the extravagant facilities there. With money they spent there, they could buy rice for an entire year. But they said it was definitely worth visiting. I was surprised to hear that.

In North Korea, skiing isn’t just a leisure activity but is regarded as an indispensable part of life. In northern Gangwon Province that sees heavy snowfall in winter, students are required to march on skis, while local residents also move around the region on skis using the surrounding terrain. They can ski anywhere in winter, as the roads are covered with more than ten centimeters of snow. Still, North Korean people prefer to go to the Masik Pass ski resort because they can enjoy skiing and also use luxurious hotel facilities there.

A Moscow State University researcher who visited the North Korean ski resort in 2016 said that the place was just as good as ski resorts in Switzerland. Affluent families in North Korea go to the Masik Pass ski resort about once a year, while students at junior high schools and universities as well as workers who performed well at their companies are allowed to use the ski resort. Foreign tourists typically stay at the resort for about a week. North Korea actively promotes the place to lure many more tourists from overseas.

As part of promotional activities, North Korea has invited a number of foreigners to the ski resort. They include foreign diplomats in Pyongyang and Japan’s wrestler-turned-lawmaker Antonio Inoki.

North Korea invited Japanese journalists to the Masik Pass ski resort construction site in September of 2013. At the time, Minister of Physical Culture and Sport Won Kil-u said that North Korea was willing to offer its ski course for the 2018 PyeongChang Winter Olympics if requested by South Korea or an international organization. It showed that North Korea was confident in and proud of its ski resort. Ahead of the PyeongChang Olympics, cross-country skiers from South and North Korea actually held joint training at the Masik Pass ski resort. The ultramodern North Korean ski resort seems to be capable of hosting international competitions.

Many foreigners including retired NBA star Dennis Rodman and Japanese former pro-wrestler Antonio Inoki have visited the Masik Pass ski resort since its opening. Before the 2018 PyeongChang Winter Games, the resort hosted a two-day joint training session for skiers from the two Koreas in a sign of inter-Korean reconciliation. The Chinese state-run broadcaster, CCTV, recently reported that the North Korean major ski resort has aroused public interest in the place, while the North has started redecorating it to attract more Chinese tourists. Will this place be reborn as an international tourist attraction, as the North Korean regime wishes?

I’m sure it will. The Masik Pass ski resort is close to the Wonsan-Kalma tourist zone which is currently under construction. A tour course may stretch from this east coastal tourist area and the ski resort to northern regions including Mt. Chilbo and Mt. Baekdu. It is rather difficult to develop the course for now, due to international sanctions on the North. But as North Korea is putting so much emphasis on self-reliance, I think the country might be able to build the necessary infrastructure to some extent.

North Korea is spurring efforts to carry out three major tourism projects at the Wonsan-Kalma coastal tourist area, the special tourist zone in Samjiyon County and the hot spring resort in Yangdok County.

If connected with nearby tourist sites, the Masik Pass ski resort can raise its status. However, uncertainties about investment and harsh international sanctions hurt its competitiveness. The ski resort can develop further based on the nation’s passionate pursuit of “self-reliance” or get caught in sanctions. Its fate hinges on what choice North Korea will make down the road.