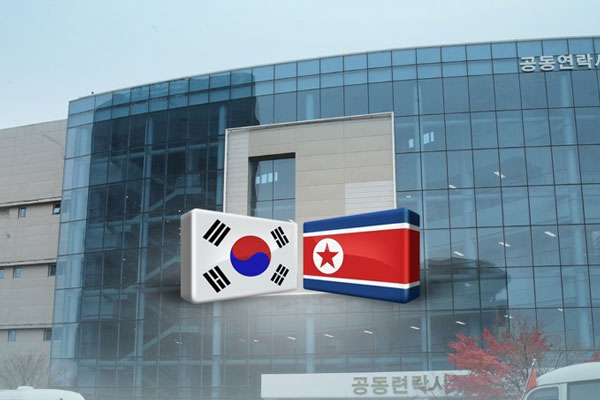 North Korean officials withdrew from the inter-Korean liaison office in the border city of Gaeseong on Friday, citing what they called an order from the upper levels of leadership.

Chun Hae-sung, Vice-Minister of Seoul's Unification Ministry, said that the North Korean officials informed them of the decision and then left with only their documents.

"The North Korean side has informed us at a representative meeting that they will withdraw from the of the inter-Korean liaison to an instruction they received, and they evacuated from the liaison office... The [South Korean government] finds the [North's] decision regrettable and hopes the North swiftly returns to the office."

The 15 or so North Koreans left behind office equipment, saying  they didn't care whether South Korea continues to maintain the office and that they would be in contact with the South to resolve working-level matters.

The inter-Korean communication office was established after the first inter-Korean summit in April of last year.

South Korea’s ruling and opposition parties have expressed regret over the move by Pyongyang.

Ruling Democratic Party Spokesman Lee Hae-sik told reporters his party would push to restart dialogue and called for patience.  He also urged the North to respect the will of the Korean people and the international community, and actively respond to calls for cooperation.

He said the North’s decision only proves that President Moon Jae-in’s role as a mediator between the North and the U.S. is an illusion, and demanded policy change sas well as the resignation of officials involved in North Korea policies.

The minor opposition Party for Democracy and Peace described the North's decision as a regrettable byproduct of the prolonged turbulence between the North and the U.S. following the collapse of their second summit in Hanoi.

And the minor opposition Justice Party urged the government to keep the public informed so as to ease anxiety.

South Korea’s chief nuclear envoy Lee Do-hoon says Seoul is putting priority on the resumption of talks between North Korea and the U.S.

Special Representative for Korean Peninsula Peace and Security Affairs, made the remark on Friday in a meeting with reporters upon his arrival at Incheon International Airport after visiting Russia and the European Union.

He said he and his Russian counterpart agreed on the need for the North and the U.S. to swiftly resume talks and negotiations.

Asked whether the maximum pressure policy against the North will stay in place, he said the current focus is not so much on pressure on the North but the resumption of talks with the regime.

Regarding speculation that North Korean leader Kim Jong-un may visit Russia soon, Lee only said Seoul and Moscow will continue their talks.

He refuted criticism that Seoul is not keeping in step with Washington with regards to policies on the North, adding he can confidently say the two allies are coordinating well with each other.

Earlier in the day, North Korean officials withdrew from the inter-Korean liaison office in the border city of Gaeseong, saying it was an order from authorities above.